A different sort of teacher

At our TCF October Getaway we looked at the way Jesus taught as recorded in some of the Gospels, noting that he was called teacher more often than by any other title. 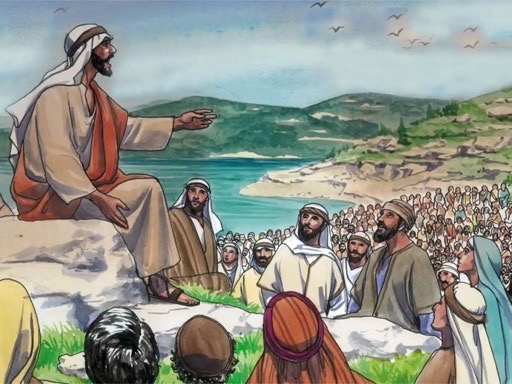 We examined how Jesus used questioning when he was teaching. Most of his recorded questions were rhetorical to challenge, shape and rebuke the hearer’s thinking, reflecting the clear and serious aim of his mission in speaking words leading to eternal life.

He used teaching methods and techniques we often employ such as repetition in speaking on themes such as the kingdom of heaven. He linked ideas and concepts with previous knowledge. For example, many of the parables refer to familiar occupations such as builders, sowers, stewards; types of people, thieves, kings, wealthy men; everyday objects, lamps, bread, salt; and nature with the fig tree, mustard seed, sheep and wheat.

Physical objects were taken as the starting point for teaching deep truths such as him being the bread of life and the provider of water welling up to eternal life. Of course, he used many narratives in the form of parables to convey deeper spiritual meanings for those ready to receive them – at least 63 different parables across Matthew, Mark and Luke. (Story telling is a powerful tool not used enough in our classrooms.)

Pupil participation was seen in testing the faith of several individuals, for example, a blind man was sent to wash in the Pool of Siloam. Simon was asked to put out into deep water to catch fish after already fishing all night and catching nothing. We decided that Jesus tended to engage in conversations with people, rather than discussions that we set up in a classroom situation.

The Gospel accounts of Jesus’s teaching often seem to be summaries of what he said and did, setting out to communicate important truths rather than the methods of how he conveyed them. As well, the material presented is usually selected to support a particular approach by each Gospel writer, not present a treatise on teaching methods. But most strongly presented, looking at Jesus’s teaching in the Gospels, is the authority he speaks with. He is, of course, the teacher who has come from God and he certainly demonstrates that authority in a way we never could. His questions are often very critical of his hearers – How long shall I put up with you? He quickly arrived at the heart of matters directly challenging peoples’ motives and desires such as telling the rich young ruler to sell his possessions to have treasure in heaven.

His teaching also reflected his integrity. What he taught was exactly in harmony with his life. He was the one and only son, who came from the Father, full of grace and truth. It is probably this integrity which we, as teachers, need to reflect more in our classrooms more than any of the great teacher’s methods.