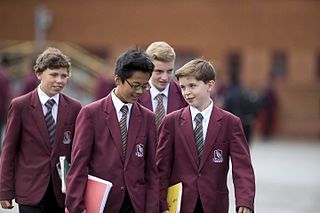 In recent weeks (July 2018), there has been considerable ideological debate about whether public schools should continue to support selective schools. This is partly a debate about whether public schools should be local and comprehensive or cater for specialist needs including intellectual superiority. In an education textbook, the debate would be along traditional lines, but today’s arguments have a social context, with historical and political heritages, that are affected by the current makeup of the Australian population, social expectations about schools and, of course, funding. It’s complex, and not a simple choice of ideology, nor is there a simplistic Christian position to be taken.

In the colony of NSW, education was the responsibility of the churches until the 1880 Education Act when the state took over all church schools and allowed the then Christian churches to have access to students to teach special religious education (scripture) with non-denominational Christianity (general religious education) being part of the curriculum. Some church schools developed later and in the first half of the 1900s they were primarily out of a need for secondary education. However, in the midst of a sectarian society divided along catholic and protestant lines, the needs of Catholic parents for their children to have an education more focused on the Catholic faith led to the development of systems of primary and secondary Catholic schools.

By 1980, the school enrolment percentage by sector was Public 78, Catholic 18 and Independent 5. Even at this point of time, diversity in the schools was apparent with a growing Independent sector throughout the 1970s mainly due to increased funding provisions from the Commonwealth government, a static Catholic sector improving its resource base from additional Commonwealth funding and a declining public school sector as a more affluent society saw advantages in investing in independent schools for its children’s education. Within public schools there was also diversity – co-ed, single sex, specialist and selective high schools, specialist schools catering for disabilities and OC primary classes. While Catholic and public schools were “local” there was already considerable divergence from this norm.

The growth of Independent Schools

Both the number of non-government schools and their percentage of enrolments have increased since 1980, (2018 - Public schools 65%, Catholic 20%, Independent 15%) There are a number of factors that explain this trend:

To be seen to be acting, additional selective schools were established and specialist schools including; creative arts and technology high schools. They were well sought after, but at the expense of comprehensive schools that were seen to be second best.

These actions in (7 Political expediency) above slowed the decline in sector share. One outcome of an increased number of selective schools and the reporting of HSC results has been the achievement of students in these schools which now rank in the top 20 schools helping to change the community perception of public schools. Yet, the community is also aware of the poor performance of many comprehensive schools in low socioeconomic areas.

As recently reported, the number of students in public schools, including secondary schools, is continuing to increase and this is affecting the sector percentage share. The sector share would appear to have plateaued. The downward trend has ended and there is even the slightest hint of reversal. Some of the reasons for this change could be inter alia:

The central issue is - where to now for public schools? Is it more of the same with improved funding leading to improved teaching and learning or a radical change to improve equity?

The move for change is driven by:

Within these arguments is a strong case for abandoning selective schools and returning to the local comprehensive school which, with the exception of OC classes, is the case in primary schools. There are strong equity and funding arguments to support this change.

However, faced with these issues the government is unlikely to abandon what parents want – selective schools. But they could modify the current pattern by introducing a local enrolment stream into all selective schools which might account for half their enrolments. This would reduce the number of places for selective students in existing schools but could lead to an expansion of this model so that there are more comprehensive schools with a selective stream. Given the location of existing selective schools, this would not be an easy solution but has merit for a government faced with dealing with two extreme educational positions and trying to win their favour

The more difficult problem is not this structural one. Changing deckchairs on the Titanic won’t help. The real issues to be addressed are teaching and learning. How can the learning of students from low socio-economic areas be improved and the issues associated with this question I have tried to address in a recent article "Going backwards: 20+ years of a literacy and numeracy focus”

Where are the Christians in all of this?

However, this choice is not clear cut. Some parents cannot afford an independent school for their children. Others are committed to their children being in the world but not of the world, and chose for them to attend a public school and ensure that more explicit teaching about God and living as a Christian occurs through their family and church relationships.

Those Christians that highlight the secularism of public schools and increasing anti-Christian positions, need to understand that the withdrawal of students over the last forty years has left public schools short of students from Christian homes, left public schools with fewer Christian teachers as they have either moved to or found first appointments in Christian schools and lost Christian parents who might have influenced parent groups and school policies. It could be argued that the light has been dimmed and the salt has lost its savour as Christians have abandoned public education. Public school secularization (see previous articles about the struggles of SRE and the demise of GRE "Religion in Schools- a future less certain") is as much an outcome of Christians leaving the space to others as it is to any unchallenged anti-Christian secularism.

A broader issue is whether Christians will support any move towards greater equity in funding where equity means addressing disadvantage, not equal resources for all. This will especially be the case if Christians lose any advantage that the current system offers – be that access to selective and specialist schools or local comprehensive schools in affluent areas.

The recent figures indicate that in sector share, public schools are fighting back. But this might be putting too much emphasis on the figures. An accurate interpretation is that the sector share has plateaued, and its next move is unpredictable. An improved economy with a mini mining, or something else, boom may well see a move towards non-government schools as improved consumer spending and less value-added concerns, have parents seek non-government schools for their children. While an ideological shift in which public schools abandon selective schools may result in greater equity, but a strong reversal of the sector share to favour non-government schools is likely as the parents of the brightest students abandon public schools. Such a result would negate the very advantages sought by dispersing the students from selective schools.

I am unconvinced that public schools are “fighting back”. They are just holding on and the future is uncertain. I am also not convinced that governments are prepared to tackle the teaching and learning issues as well as structural issues to address inequity in schooling in Australia.

As Christians, we live in an imperfect world, but are called to be its light and salt. Care for the poor features strongly throughout the scriptures. How can Christians best support equity in education so that advantage is not enshrined as privilege for the wealthy and disadvantage embedded for the poor.