Sir Frederick Stewart of Stewart House made a difference to the lives of countless needy people during the 1930s Depression and was a fine example of a significant Australian whose contributions were motivated by his Christian commitment.

All those connected with NSW public schools know of Stewart House which takes in needy children for a two week break near the sea. The story of Stewart House began in 1929 with two men of compassion, Dr. Harvey Sutton, then Principal Medical Officer of the Department of Education of NSW, and Mr. Arthur McGuinness, President of the NSW Teachers Federation. The 1930s Depression was beginning and Dr. Sutton was distressed by the many cases of malnutrition which he found among school children.

Sir Frederick Stewart was the third key person in establishing Stewart House as a home providing needy children with respite care and remedial nutrition. Land opposite South Curl Curl beach was provided by the Government and it was Stewart who donated 7000 pounds, a very large amount in those days, for building there the home which was officially opened in 1931. Children from the country could wake up to the sound of the surf before attending school nearby. In 1977 the Department of Education established a specific purpose school together with new dormitories that would also accommodate High school pupils and up to 90 pupils per intake so that now 1800 young people every year can spend 2 weeks there.

During their stay they receive free eye, dental and health care, establish friendships and develop personal skills such as how to relax and overcome anxiety, helped by participating in excursions. Stewart could not have imagined how needy children now go on excursions to the Zoo and even going to a Sydney TV studio to watch a live TV show.

While the NSW Department of Education and Communities provides the buildings and staffing support for this school, all the other costs associated with the children’s stay are met from donations and Stewart House is the official charity of the Teachers Federation.

Stewart was born in Newcastle in 1884, educated at Newcastle South Public School and left school at age 14 to work for the New South Wales Government Railways as a clerk. After 20 years working there he bought and subdivided 20 hectare of then rural land in the Sydney suburb of Chullora, now a mainly industrial area. However the State Government refused to extend the railway or tram services to this developing suburb so Stewart began his own transport company with just one bus. In a few years he became Sydney’s largest private bus proprietor and at its peak his company employed 4 000 people.

He generously provided free transport for blind children and outings for mothers of poor families. In response to the hardship caused by the 1930s Depression Stewart supplied 50,000 free bus tickets in one month to the unemployed.

However his social concern was not limited to philanthropic handouts from his own individual wealth because he did not accept an economic system which caused so much unemployment and suffering 'in a world so bountifully endowed by its creator'. He supported a shorter work week so as to reduce unemployment during the Great Depressionand programs to improve social conditions such as workers' housing schemes and especially a scheme for national insurance.

Shortly after he won the Federal seat of Parramatta in 1932 Stewart served as Minister for Commerce from October 1932, a difficult responsibility during the Depression. He criticized the high dividends paid by companies during the Depression, and resisted pressures within the government to impose more deflationary measures while unemployment remained high. He introduced the payment of pensions by cheque, posted in plain envelopes to eliminate any stigma. 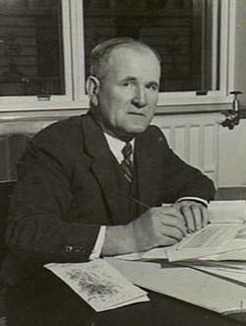 He donated generously to community charities and also to his Methodist church including the purchase of a property for youth camps close to Otford Railway Station and a Methodist hospital in New Britain, off the east coast of PNG. He showed his Christian commitment not only by his giving but also as a prominent lay preacher in the Methodist Church, now the Uniting Church.

Stewart was short with broad shoulders and for relaxation enjoyed bowls, played the pipe organ and built up a model farm with pigs, merinos, cattle and poultry.