Not in my school

So Pauline doesn’t want students with autism in mainstream classrooms. (I’ll not back down, SMH 22/6/17). Perhaps she is not the only one, but after the recent attack on her by disabilities groups and supporters of inclusive education, I think most of her supporters will be silent. Pity, because there is an issue here worthy of more exposure. 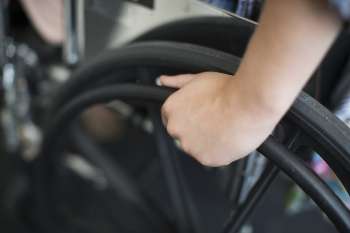 For many years, mainstream teachers have been concerned that in their class of 20 – 30 students they have been increasingly getting more students with disabilities – physical, emotional and intellectual as well as those students with behavioural disorders, and this is without acknowledging those with learning disabilities. They have sought support which is limited and have not been provided with the continuous assistance that these students and their teachers need. However, despite this, most teachers support inclusiveness policies that place these students in mainstream classes. So it was sobering to read (SMH 27/06/17) a letter to the editor by Ian Hyman OAMCA stating Mainstream classrooms are no place for children with significant disabilities – this includes autism. On the board of two not for profit servicing organisations for people with disabilities and with a Down syndrome child, Hyman says In some serious cases individualised attention is required for schooling in small classes with teachers’ aide support.

For decades there has been a tussle between these two points of view with local schools increasingly catering for students with disabilities irrespective of the amount of support available. It is easy to understand the parents who have students with disabilities because they want their children to be integrated into the mainstream of society and there is no better way to do this than through participating in a mainstream class, mainly in a public school, even if the nature of the disability stops the child from full participation in every activity .

From a Christian perspective, inclusiveness is a core principle that reflects the character of Christ where he showed extraordinary acceptance of people with disabilities and disease. His perception of the nature of the people he met also meant an inclusiveness of culture, gender and ethnicity. Inclusiveness has its origins in love, equality and fairness from the one who undeservingly included us in his family as sons and daughters and loved us as such. It’s hard to argue against inclusiveness.

However, the world is not as God created it. Sin has cast its shadow and disease, suffering and death have their reign. Aging ensures that everyone experiences disability and emotional and mental stress in their lifetime, sometimes before birth. For a school system, how these matters are handled in relation to children should embrace these inclusiveness principles, but in a “fallen” world, the extent of some disabilities may require attention outside mainstream classes. Multiple physical disabilities where children cannot feed and toilet themselves, children whose behaviour has become psychotic and represents a danger to themselves as well as others and children who have difficulty in communicating with anyone else are some that are not able to be taught by a teacher, teachers’ aides and other children in a mainstream class. They require either separate classes or schools. The issue for educators is how these disabilities and needs are defined and what would be considered appropriate facilities and support. It is here on the margins that the battles are fought over inclusiveness and separate education.

Special schools and classes were the norm for public schools until the late 1980s. From that time there has been a deliberate movement to place students with disabilities within local classroom. In many cases, facilities have needed to be built to accommodate these students and the support offered by teachers’ aides has multiplied. Some special schools have closed and district special classes disbanded. However, special classes in primary and secondary schools and special schools continue. The extent of some students’ disabilities has required special placement. Some parents have welcomed this placement while others have fought it. Everyone has their own story at the margin about a placement where it all went wrong. Education officers don’t have the Wisdom of Solomon to make these decisions, but they do have the support of disability professionals and, through good communication, the family of the child.

Pauline Hanson’s belief that children with autism should be taken out of mainstream classes will not win a lot of support, but it is a reminder that some students may not cope in a mainstream class and that their needs will be best met in separate classes or schools. There is no over-riding rule here. Placement must be what is best for the child, but the needs of mainstream teachers, their students and the family of the child needing support are all important considerations.

There will always be marginal cases and how these are handled will define policy and direction. Today that direction is towards mainstream classes.