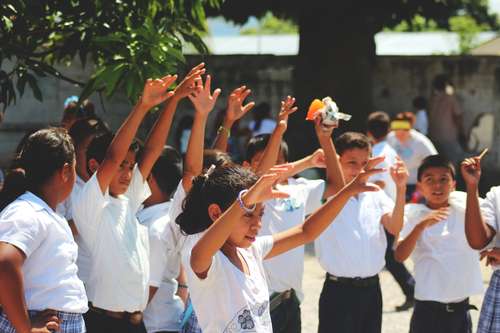 Single sex or co-ed: Does it matter?

Seemingly forever, there has been an ongoing debate about whether a child attending a single sex secondary school has advantages or disadvantages, or both, over a child attending a co-ed school. The answer would seem obvious, that there are some advantages and some disadvantages but what are they? Parents need to know this information, as one parameter to be considered, when choosing a school for their child. Do we as Christian educators have any preferences or particular insights?

Until recently, studies have shown that the academic outcomes of students in single sex schools have consistently been better than those in co-ed schools.

Some research identified other advantages:

However, other researchs see negative consideration:

In recent years, there have been studies that have challenged the orthodoxy of single sex schools and higher achievement. Some have led to newspaper articles like Co-ed schools outshine single sex (SMH 3/10/17). The Australian Council for Educational Research (ACER) is reported as saying children at co-ed schools learn at the same speed, and sometimes even faster, than their peers at boys’ and girls’ schools. However, the article goes on to explain that this applies to reading in the NAPLAN tests which only measures to Year 9.There was no difference for numeracy skills and that, despite this finding on learning rates, academic outcomes of single sex schools are better as per the earlier ACER study. The article also highlighted that single sex schools are becoming less numerous as school systems move to co-ed. The SMH website later retitled this article Single-sex schools will disappear by 2035, warns education body. Both headlines are further “triumphs” for the SMH sub-editors.

In the USA, (Marsh 1989) examined 2,332 Catholic high school students attending one of 47 single-sex or 33 co-ed schools included in the nationally representative High School and Beyond (HSB) study and found that changes in a wide variety of outcomes during this critical sophomore-to-senior period were nearly unaffected by school type. Marsh is also critical of the methodology used in earlier studies in his attempt to highlight the different outcomes of his own work. Given that in the USA schools are over 90% public schools and that his sample is the Catholic system, there is some scepticism about the application of his finding to all USA schools.

In a New Zealand study (Harker 2000) found that there were gender differences but they were not related to the type of school. The study included only 37 schools.

Finally, according to Professor Diane Halpern (Halpern 2016), past president of the American Psychological Association, recent analyses of same-sex and co-educational schooling failed to find any advantages of single-sex education.

However, Prof Halpern said research did show people become more stereotyped in their beliefs about other groups when they are segregated, and co-educational schools teach children essential life skills for interacting with the opposite sex.

I have a few concerns about this statement because I cannot find the recent analyses to verify these statements and her article goes on to indicate that the better performing OECD countries like Finland have co-ed schooling. There are a number of other contributing or balancing factors besides co-ed schooling.

In 1996, I moved home and my son was still in high school. His local school was a well-respected boys’ school with high academic achievement and my preferred option. But rebellion was in the wind with a flat refusal to attend anything but a co-ed school. With two older sisters he was very comfortable with both boys and girls and valued the relations with both sexes.

But for these recognised advantages there are disadvantages. They include:

While the internet is awash with argument there is little research quoted. Opinions are often formed from experience. As we already know, schools differ and there is not a definitive answer to the question about which type of school is overall the best. Western countries seem to favour the value of co-education and have moved that way arguing that the social benefits are best for a civil society. But there remains the stinging reality that students perform better academically in single sex schools. Why?

A culture of learning

School culture is difficult to define. It is often a reflection of tradition built up over many years. It may be about reputation in the community rightly or wrongly earned. It is certainly about promoting its successes and encouraging the present cohort to live up to traditions, reputation and achievements. School culture can be both positive and negative. It can soar through high expectations or be sunk by low expectations. It can be strongly supported by its community or be cut off by poor communication and a lack of hospitality. There are a myriad of aspects that produce school culture – both good and bad.

The reason that single sex secondary schools outperform co-ed schools is likely to be answered by school culture. Single sex schools have a capacity to develop a culture of learning that allows them to out-perform co-ed schools. A focus on learning and achievement, competitiveness and willingness to take risks in learning provide a culture that lifts students to achieve their best. Somehow, high expectations permeate staff and parents and the students rise to these through good teaching and study practices.

However, there will always be some students for who this culture is not suitable. Each school has its challenges, whether it is the bravado of some boys intimidating others or the cattiness of some girls isolating others. But on balance, the single sex schools produce better learning outcomes than co-ed schools. The final question is what is most important to parents and their children? Is it a simple choice?

As a parent, choosing a secondary school is one of the toughest decisions you can make and it’s no easier being a Christian parent with the attraction of an ever increasing number of Christian schools. It’s a decision that ideally the child will be involved in, after all it’s the child who will have to attend the chosen school day after day and, if they are not happy, then it is likely that the whole family will feel the brunt of dissatisfaction.

For many parents there is no choice. There may be only one local high school available and affordable. Other parents have greater options, especially if they can pursue private education. If this option exists, it should be remembered that academic achievement is only one outcome of schooling. A single sex school might be right for a daughter who has only brothers in the family or vice versa. There are many social and developmental reasons why parents might choose either single sex or co-ed schooling. The bottom line might well be, which school has the better culture for learning, remembering that not all single sex schools are automatically able to achieve better for academic outcomes, and that there is more to schooling then academic performance. Reputation has to be earned.

As for my son, he chose a co-ed public school with a good reputation of achievement. He had moderate success academically, but has exceptional social, organisational, communicating and speaking skills that have assisted him to become the Australian and New Zealand CEO of an international Christian organization supporting the persecuted church. God has his own plans. Trust him.

D Halpern The risk associated with sending your child to a single-sex school American Psychological Association,