K-10 History: The devil isn't in the detail: A response

A response by Alex Mills

All Australians should welcome the way in which John Gore has opened up many of the issues in the presently approved Australian Curriculum and the NSW Board of Studies’ new K-10 History curriculum based on it. He reaffirms Emeritus Professor Bruce Mansfield’s and Adjunct Professor John Moses’ support for the inclusion of the Reformation in the curriculum. The views of both these internationally recognised history scholars had been expressed to those drafting the curriculum. The curriculum can hardly be said to have international standing when the Reformation has been excluded from study.

The very existence of Catholic and Protestant schools has its basis in the Reformation, a fact to which inquisitive students should have access in their studies of history. Indeed, given the enormous historical consequences of the Reformation it is impossible to defend its exclusion on historical grounds. Teachers, their students and parents should be provided with the reasoning behind the omission of such a momentous period of historical change.

Authorities disinclined to give rationale for decisions concerning curriculum content

On a number of occasions I have sought explanations from relevant authorities or made comments about the history curriculum. Replies, when they were received from ACARA, Ministers, or Departmental officers have been unsatisfactory, with little indication that my comments have even been read. A purpose of the teaching of history and civics and citizenship education is to prepare students to be active in a democracy. Failure to give “rationale for their decisions” and apparent failure to recognise “majority opinion is not always right” [John Gore] do not encourage a sense of confidence that education authorities are sincere about consultation.

While many hope for relevant changes in the curriculum so that the role of Christian and other religious motivation in shaping Australia can be duly acknowledged, it is possible for teachers to inform themselves about Christians who have made an impact on our history and to consider how this information can be incorporated in the curriculum. 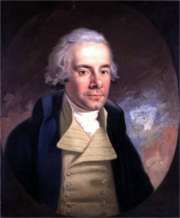 The current Year 5 national curriculum includes "the role that a significant individual or group played in shaping a colony", and “exploring the motivation and actions of an individual and group that shaped a colony.” In view of the highly significant role of religious motivation and influences, a range of individuals and groups who are so motivated should be directed to be studied so that students develop an awareness of the various influences that have shaped the colonies.

The unit could commence with a study of William Wilberforce, who was a member of the evangelical Clapham sect, and show how that group influenced the foundation of Australia. Wilberforce later influenced a number of people to come to Australia, some of whom are included in the lists that I have provided. A study of Wilberforce’s conversion and change in priorities could be a useful way of helping teachers and students understand religious experience and conversion. (See Piggin 2007). 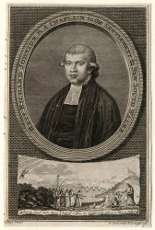 References might include "Belief in Action" a publication sent to all NSW primary schools in 2004 by the NSW Department of Education. From the following list, those marked with an asterisk may be found by referring to the "Belief in Action Document" (www.curriculumsupport.education.nsw.gov.au/primary/hsie/assets/pdf/belief.pdf). The people’s religious motivation is usually mentioned in a paragraph or two as part of a two page entry.

Information about the facts of the religious components in our history is not the same as indoctrination. To quote the Rev Adjunct Professor John Moses: "Without ensuring religious influences are appropriately included children will come away with a completely sanitized and hence distorted version of our history and culture."

Warren Nord, an American philosopher of education (2010), says: To leave religion – as a live option – out of the curriculum cripples the ability of students to understand what is at issue; it makes secular ways of thinking the victor by default. It implicitly suggests that religion is a dead option, that students need not understand religion to understand their various subjects, that it is irrelevant to being an educated person. This is to take sides. (Nord p85)

Where religious motivation and people of religious conviction have played a significant part in shaping history, this should be acknowledged.

Gore points out that Aboriginal missions have been omitted. "A warts and all approach" (Gore) would be an excellent way of helping students to understand something of the challenges involved in working on the mission field and some of the things that were achieved. This understanding could be applied to other issues.

In building an awareness of the positive contributions of missionaries, the life of the Rev J R B Love is one to consider. Bob Love’s Christian faith was nurtured in the Presbyterian manse Strathalbyn S A, where his father ministered. A teacher, he worked on an Aboriginal mission before enlisting in the AIF in 1915. He was promoted to lieutenant. He was wounded and awarded the DCM and the MC in 1918 for conspicuous gallantry and devotion to duty. He studied for the ministry and worked as a missionary from 1922 to 1946. He was described as a model of manly Christianity. The policies that he advocated and implemented, respect for Aboriginal cultures, and languages, encouragement of Aboriginal decision making and holistic mission, were forerunners of policies accepted more widely in recent decades. (Rev Dr Bill Edwards “ Australian Dictionary of Evangelical Biography”). Bob Love’s bravery as a young man could be mentioned during the study of World War I. (See also ADB).

There is a need to continue discussions about what is not in the curriculum. There is also a need for teachers to build up their knowledge of people of religious motivation who have helped to shape Australia so that they can more adequately teach their students as well as more confidently discuss the subject with colleagues.

My submission on 19th century history which relates to Years 4 and 5 also includes comments by historians about the secular left liberal accounts of our history. These accounts have had undue impact on many people’s understanding of history. If you would like a copy of my submission and references, please contact me at: alecmills@midcoast.com.au.

Those marked with * are referred to in the “Belief in Action” Document.