In recent weeks, there have been several newspaper articles on education highlighting discipline being a reason for higher achievement in Asian countries as measured by PISA and secondly on the advantages of co-education.

In relation to PISA, TCF News published The Leaning tower of PISA in which I explained the nature and reality of schooling for secondary aged students in many Asian countries and asked the question whether this was the sort of education we wanted for students in Australia? Recent research,(SMH 10/11/16 P.13) led by Chris Baumann of Macquarie University has apparently crunched the research numbers and come up with discipline as a major factor in the difference between Australia and most Asian countries. 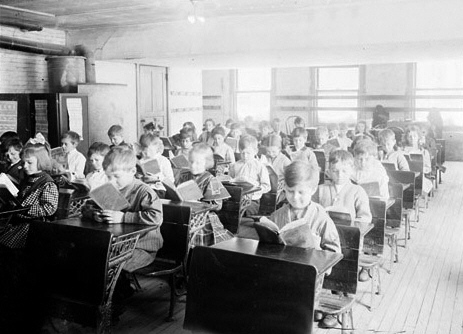 There are a number of problems with this conclusion including:

Discipline, where students voluntarily limit their behaviour and direct themselves towards a common purpose involving consistently good behaviour, is the goal of every teacher. That it expresses itself differently in different countries relates to the expectations and backgrounds of teachers, students and parents and of course cultural differences between societies.

Not everyone is as worried about Australia’s international performance in PISA as governments and media in Australia would like to make out. Academic achievement is just one of life’s goal and we don’t need academics providing syllogistic arguments about discipline. Not all bone eaters are dogs.

The case for co-education was argued in the weekend edition of the SMH 12/11/16 by giselle Au-nhiel Nguyen. The social advantages outlined and the expected outcomes are well document, but what wasn’t mentioned needs to also be said to balance the argument.

There is a long history of single sex secondary schools outperforming coeducational high schools. The culture of all girls or all boys seems to provide a better learning environment as measured by value-added scores. These scores take students with similar scores from primary school testing and trace their performance through high school. In NSW this was achieved by using the old Basic Skills tests and the School Certificate and HSC results. Single sex schools consistently outperformed coeducational schools when the scores of similar students were examined. The single sex schools added more value. In a similar analysis, single sex girls’ schools outperformed single sex boys’ schools. A school like Cheltenham Girls’, even before the influx of Chinese, was a high academically achieving school where there was a strong focus on learning and Epping Boys’ was not far behind. But as the article pointed out, there is more to schooling then academic performance.

Secondly, I would like to see some figures on the reporting of bullying to be certain that bullies do not just move their targets from single sex to co-ed schools. In other words, I am not sure that just creating co-ed schools reduces bullying or provides a safer environment. It may just change the type of bullying and the targets in which case are girls better off? Bullying needs to be addressed in every school and is not necessarily a factor of type of school as much as the culture of care, discipline and supervision developed within a school.

Finally, it is worth considering how much girls outperform boys in coeducational schools as per HSC results. They mature earlier and seem to be able to maintain this advantage academically. In co-ed schools, there are usually a few boys that compete at the top with the girls but often the next level and boys underperform in co-ed situations. Again, schools need to be aware of these issues and focus on high expectations for all students providing them with success and encouraging them to perform at their best.

Co-ed, yes, but let’s be honest and comprehensive about the issues. As Christians, the pursuit of truth calls for nothing less.